Lucasville and Actress Laurie Franks: Broadway and Beyond 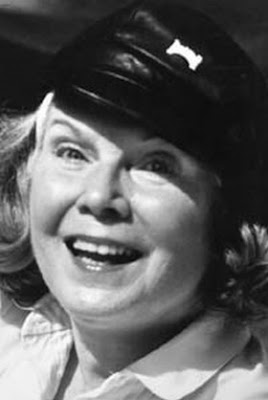 Lucasville has a celebrated Broadway/Hollywood connection. Singer, actress Laurie Franks was born Laura Rachel Bumgarner on August 14, 1929, in Lucasville, Ohio. Her long, successful career is a tribute to her loving parents and her deep local roots. Allow me to share a brief biography of Ms. Franks. It is full of wonderful connections still fresh in the minds of local residents.

Laurie Franks parents, Guy and Nell (Nellie) Yeager Bumgarner, hold a special place in local memory. Both were dearly beloved residents of Lucasville and great sources of inspiration to so many.

History records the musicians of this company were taken by John Hunt Morgan and his raiders in Jackson, Ohio. After holding the musicians, who were in town recruiting, for a few days the Confederates released them.

The unit mustered in September 15, 1862 at Portsmouth, Ohio, as the 117th Ohio Volunteer Infantry. It was reorganized and called the 1st Regiment, Heavy Artillery on August 12, 1863. It mustered out July 25, 1865 at Department of the Cumberland.


A detailed history of the First Regiment is online here: http://archive.org/stream/firstovhacompany00mill#page/n9/mode/2up

Nellie – her girlhood name – wrote for the Lucasville Rural Gazette during high school. Then, she became stenographer for Bannon and Bannon attorneys in Portsmouth. Later, she clerked, took dictation, and kept books at the Joseph H. Brant Store in Lucasville until her marriage to Guy in 1928.

“Aunt Nell” loved to crochet, entertain friends, and edit her writings. She was a storehouse of Lucasville history, and as Laurie said about her mother on the occasion of her 99th birthday, “Though her memory's edge was dulled by a bout of pneumonia at age ninety-six, her one-liners still cut to the core. Her queer renderings and culicued syntax spice and enliver her Lucasville lore.”

Nellie wrote of her first date with Guy in 1927.

“So, one warm pleasant fall evening in 1927 … on the long side porch of the old home on North Street gathered around Mom on the porch swing were my close friends, Beulah (Mrs. Millard Logan), her five-or-so-year-old daughter (now an Evangelist, world traveler, and religious leader) Geraldine Conway, and me, waiting – they, in a kind of trepidation because they loved me, and I – thirty-five years old, anticipating the first important 'date' of the life. Incredible but true....


“Suddenly we became aware of a light shining on the white siding of the old building across the yard, and – after some time – we heard a car sounding its horn out front. There he was, my date, evidently. My hair flamed. Nobody but nobody 'tooted' a horn for a girl in those days. I blazed through Mom's room and the front door. We'd left it open.

“There Guy stood, gentlemanly polite, but perturbed. I, with my ruffled temper, blurted out, 'Why don't you come in?' Guy, I learned later, had knocked and knocked with not response. Thinking Todd might have set this up as a joke, he went back to the car (a Jewett with real leather seats, isinglass windows, and contemporary side-curtains) where his hand inadvertently touched the horn.”

With that, Guy and Nellie were off to an informal country music gathering where they had a wonderful time cooking, hiking and wading in Duck Run Creek. Eventually the courtship led to marriage.

Laurie's father Guy (1888-1976) was one of Roy Rogers' best friends."I can't say enough about him. He was the turning point in my life," the famed King of the Cowboys once said of his former teacher. 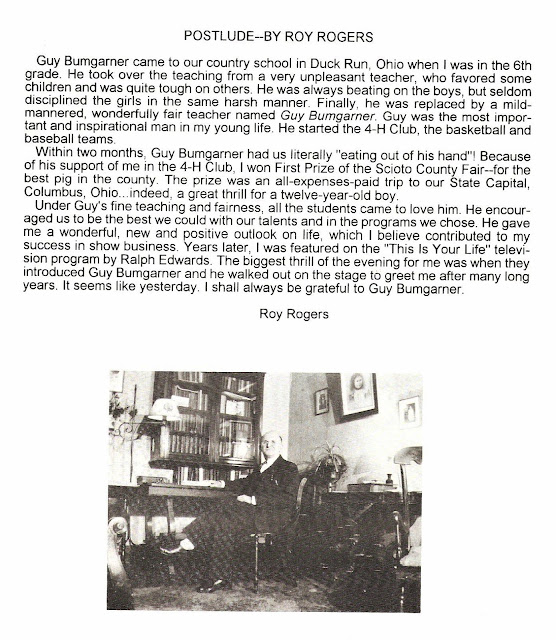 
After graduation from Valley High School, Laurie Franks earned teaching credentials in organ, piano, and voice at the Cincinnati College of music where she graduated with at Bachelor of Music in Voice and a Masters of Music in Voice.

After going to New York, Franks became a soprano soloist with “The Master Singers” under the direction of Joseph Liebling, whose musical genius was acknowledged by no less a composer than Igor Stravinsky She later toured the United States with “The Little Chorale.”

Franks became a soloist at many New York Churches while also studying acting in New York. She began her “serious” acting career in the title role of Leave It to Jane (1959), an off-Broadway hit. Franks went on to act in many Broadway shows including Bells Are Ringing, Fanny, Mame, Kiss Me Kate, Peter Pan, Cabaret, Oklahoma, and Oliver. While in New York, she became involved in over 250 Actors Equity Shows including Broadway.

She has also starred in many television shows, and she has done work in commercials on all the major television networks.

Franks has had significant roles in major films such as Bram Stoker's Dracula (1992), Tales From the Crypt (1992), Ed and His Dead Mother (1993), and Dave (1993). Her career continued in Los Angeles as church director, film actress and author of the book Lucasville Lore.

Laurie Franks even brought Broadway to church – the Crescent Heights United Methodist Church in West Hollywood to be exact. This article (2003) from the New York Times chronicles the events:

“Today, thanks to a program called the Golden Age of Broadway, the Crescent Heights United Methodist Church has regained its divine mission. Rev. John Griffin had endured six months of empty pews before turning to Laurie Franks, his music director and a veteran of 14 Broadway shows, including the original Mame, Applause and Bells Are Ringing.

''What about singing some songs from Mame,'' he asked Ms. Franks, who, at 73, still has a voice that can rattle the timbers of this sturdy Mission-style church, built six years before she was born.
She did, and the pews filled. The church has since done music from Oklahoma!, The Sound of Music, Les Miserables and Man of La Mancha. When not focusing on a musical, Mr. Griffin selects a theme, like hope, faith, hunger or taking chances, and the congregation pitches suitable songs -- show tunes, pop tunes and the occasional hymn. Not only do congregation members pitch the songs, but they sing them. Or read a poem. Or maybe even do a little soft-shoe.


'''It's not entertainment for the sake of entertainment,'' said Father Doran, who sometimes attends the Methodist service after he says the early Sunday Mass. ''He has a theme and his own sermon. He's skilled enough to tie it all into a Sunday Christian service.''

“The sing-along service now draws about 40 people a week, who come for a ministry that appears to be unlike that of any other Methodist church.

'''As a regular ongoing practice where they sing Broadway songs, I don't know of another church that does that,' said Dean McIntyre, director of music resources for the United Methodist General Board of Discipleship in Nashville. 'I would never do it in my church in Nashville. It would be highly inappropriate.'

“But this is West Hollywood, home to progressive politics and a live-and-let-live tolerance. Show business is to this town what ice hockey is to Montreal.”

If you would like to hear that sanctified, roof-raising voice. Laurie Franks with Dickson Hughes at the piano has a CD available titled Laurie Franks Sings Broadway and Beyond. 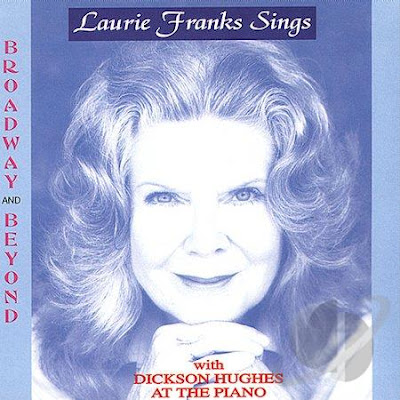 Incredibly this fife surfaced in an auction:

The 17 inch B-flat German silver fife inscribed below the mouthpiece Presented to/Benjamin M. Yeager/By Comp. H/1st Regt. O.V.H.A. (Ohio Volunteer Heavy Artillery) Mounted in a glazed frame with a red reunion ribbon marked 1st O.H.A. Together with a copy of Lucasville Lore by Mr. Yeager's daughter Nell Yeager Bumgarner. The book contains two post-Civil War photographs of Yeager, as well as some of his wartime reminiscences as Fife Major and Principal Musician of Company H. In particular it details the musicians of this company in Jackson, Ohio by John Hunt Morgan and his raiders. After holding the musicians, who were in town recruiting, for a few days the Confederates released them. 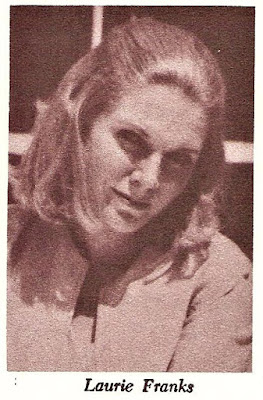 Posted by Frank Thompson at 8:23 AM

I am extremely eager to get in touch with Laurie Franks, with whom I did CABARET on Broadway and on tour, and who was a tremendous friend to me in Los Angeles in 1990-1992. I lost touch with her and I would be infinitely grateful if you could connect me with her!